Bring on the Caribbean Premier League 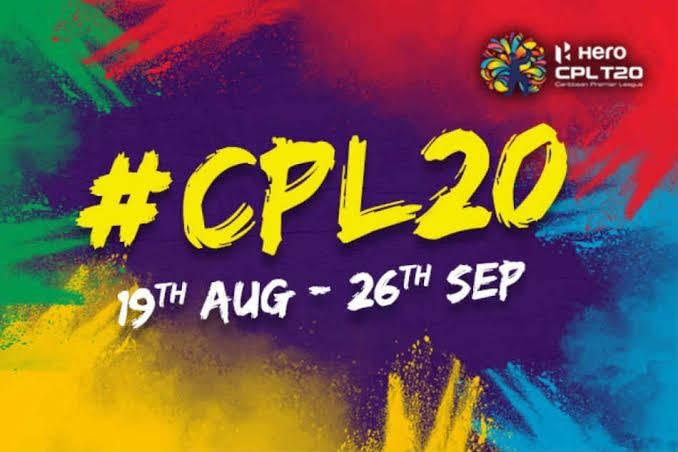 The CPL starts up on August 18 and will be first T20 tournament in the Covid 19 Era. There will be 30 games over 3 weeks. The CPL will be playing in a hub in Trinidad and Tobago. With matches played at the Brian Lara Cricket Academy and Queens Park. The Playoffs will be starting on the 8th September and finishing on the 10th September at the Brian Lara Cricket Academy. So that is the load down of the tournament let’s have look at the teams for the 2020 edition.

The reigning champs from last the 2019 with likes of Alex Hales and Shakib Al Hasan helping them in win the tournament but this year due to Covid 19 they will not have the same international support. With the exception of New Zealand cricketers Corey Anderson and Mitchell Santer and Afghan Rashid Khan there team is less experienced than last year and be more of a local flavour to the team. With the likes of Jason Holder and Shai Hope, being important in the batting stocks and with upcoming fast bowler Keon Harding, they will be hard team to beat. Moreover with Coery Anderson an added bonus in the bowling stocks as he is an experienced T20 bowler. Rashid Khan who is the number one leg spinner in the game right now is a huge bonus .The Tridents will be under the pump as reigning champs but will be the team to beat in the hub.

The runner’s up in last year’s tournament will be hoping to go one better this year. The Warriors have good depth in the batting stocks with Ross Taylor, Keemo Paul and USA International. Jasdepp Singh in the team they will be in up they’re in the playoff contention again if those players are fit and firing from the start. In the bowling stocks have the number one T20 bowler Chris Green, South African T20 leg spinner Imran Tahir and leading wicket taker for the Windies in the U19 World Cup Ashmead Need. The Warriors have a lot in the spin department. The Warriors will be a team to look out for and have a surprise package in Naveen Ul Haq, the Afghan fast bowler who has looked great in the T20 format. It will be interesting for the Warriors if can they make it to the final and win for the first time.

Had a horrible 2019 finishing bottom and their only shinning light was New Zealand batsman Glenn Phillips with 374 runs at an average of 37.40, who will be returning to the Tallwahs for the 2020 campaign. The Tallawahs also have the explosive Andre Russell and the classy Jermaine Backwood in the team, so they could be a more improved team this year. Furthermore, they have the star of Windies T20 cricket in Carlos Brathwaite which will defiantly help the team and maybe push in a playoff spot if he can fire. The Tallwahs have a star studded line up and should improve for the 2020 season. There will be questions raised if they are not in playoff contention.

Lost the eliminator in the playoffs last year and will be looking to go two better this season. The Patriots have an experience squad with Aussie T20 Specialists Chris Lynn and Ben Dunk adding to the young home grown talent in Alzarri Joseph and Jahmar Hamilton. They will be a tricky team to come up against. Not to mention they have Denesh Ramdin and New Zealand leg spinner Ish Sodi in the squad. The Patriots as well will be a team to watch in 2020 and could be the dark horses in the CPL this year if the damaging Chris Lynn can lead the way with the bat.

The undermaned Zouks who are without Chris Gayle for the Tournament will be led by Darren Sammy. The Zouks look like a weakened team with a lot young talent but could give the CPL a shock. They have pick up Mohammed Nabi a classy all rounder and will be key in their bowling stocks. Moreover, Roston Chase who has been good form with the bat and with the ball at recent international level. Some young players to look out for the Zouks is Chemar Holder a fast bowler who has starred at first class level, will be one to watch. Also, one to mention is cult hero Rakeem Cornwall to adding into the mix. The Zouks will struggle with batting depth with no Collin Ingram and no Anrich Nortje from 2019 it may be a tough season but you never know they might surprise a few experts!

The hosts for the tournament will be under pressure to perform at their home ground but are led by T20 expert in Kieron Pollard and have superstars Dwayne Bravo and Sunil Narine who excellent pickups for the Knight Riders. Also helped by New Zealand batsman in Colin Munro and have Dwayne ’s brother in Darren Bravo, this star studded team will be a tough team to beat. The Knight Riders will be favorites even though finishing third in the CPL last year have an excellent squad and have all departments cover so could be their fourth title in 5 years.