Did Shane Warne Conquer Test Cricket in the Sub-Continent?

Did Shane Warne Conquer Test Cricket in the Sub-Continent? admin 8th May 2020 8th May 2020 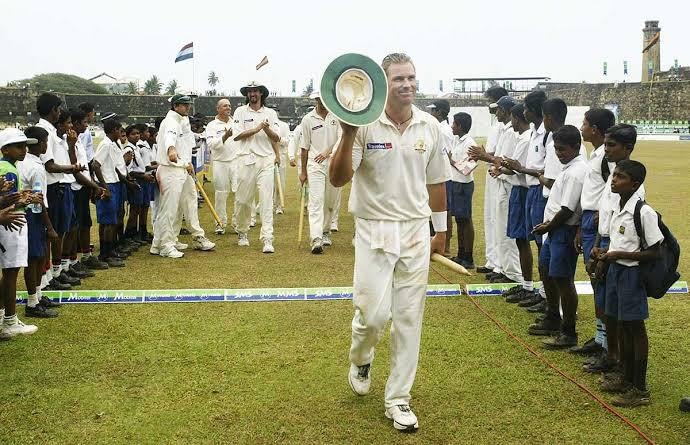 Shane Warne, the King of Spin. Looking at Shane Warne’s career in the Sub-Continent especially where it is friendly to spinners. So how did he fair?

Let us start with the Leg Spin Great in Bangladesh. Warne only played in one, two match series in Bangladesh, taking 11 wickets, including one 5 wicket haul. Warne was held wicket-less in the first innings in the first test of the series in 2005, which was more famous for Jason ‘Dizzy’ Gillespie’s Double Hundred. Although taking 11 wickets, Warne was rather expensive going for 300 runs for the series.

In Sri Lanka, Warne had many good matches against the Island nation. Spinning a web in the 1992 series, Warne took 3/11 in 5.1 overs to help steer the Aussies to victory. Former Australian Captain Allan Border said afterwards that the result achieved by his team must be the ‘greatest heist since the Great Train Robbery’.

Shane Warne’s biggest highlight in Sri Lanka was the 2004 series where he took 26 wickets in the test series, the most from the Australian bowlers as Australia won the series. Warne’s series highlights were his two 10 wicket match hauls in Kandy and Galle. Warne has since spoken of his fondness for the Galle ground.

To Pakistan, where due to security issues the test last series that Shane Warne was to play in was shifted to in the UAE and Sri Lanka. Warne took 27 wickets in the 2002 series, which accounted for more than half scalps, across all series he played against Pakistan, both home and abroad.

India, “The final frontier” as stated by Former Australian Test Captain Steve Waugh.  Warne’s success in India was not as strong as it was in Australia against India. He could never really strangle India in Test matches, the same way he did at home. Warne took 34 wickets in India with his best figures being 6/125 in Chennai. Some have suggested this is because Warne was not able to adjust to the Indian conditions, particularly the food. In the 1998 series he reportedly asked Heinz Foods to send over Cans of Bake Beans and Spaghetti from Australia. Footage of a pallet being loaded on a QANTAS plane was beamed around the world. Warne has since refuted this request but none the less, the crate that was flown over to help feed him and his teammates during the tour added to the theatre of his colorful career.

Shane Warne in the Sub-Continent was great against Pakistan and Sri Lanka, but it is hard to say against Bangladesh due to only playing twice in Bangladesh. The Indian team on the other hand seemed to negate him a lot better. You could say the Indians just knew how to play him and maybe the spinning conditions suited the Indian batsman, but he still took 34 wickets in 9 matches. All in all, Shane Warne in the Sub-Continent was still hard to beat and is greatly respected in all four Test Nations.

A fifth of his 708 Test wickets, a fifth of 17,995 Test runs scored against him and a fifth of his 145 Test Matches came from the Sub-Continent. Following Warne’s Test Cricket retirement he returned to India and played an integral part in the early seasons of the Indian Premier League. He lead the Rajasthan Royals to win the inaugural season in 2008. Overall, Shane Warne is arguably the Greatest Cricketer of all time. Shane Warne did conquer the Sub-Continent as he did the rest of the world.