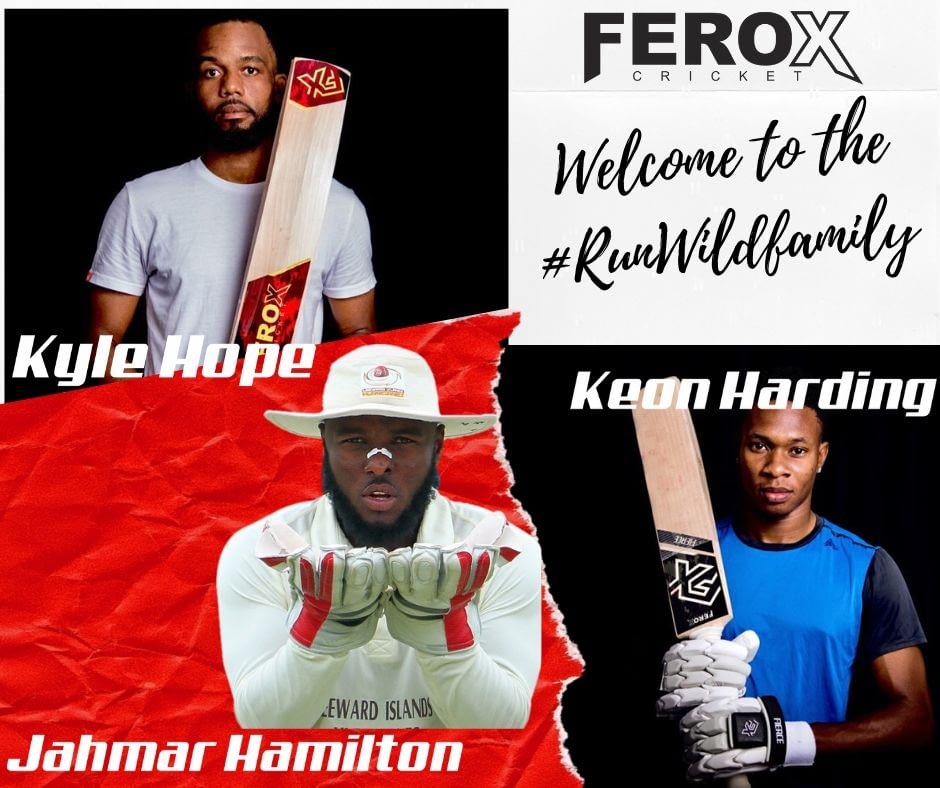 A popular West Indies wicket-keeper batsman, Hamilton made his debut for the West Indies senior men’s team against India in 2019. He has scored over 4000 first-class runs including 24 x 50s and 6 x 100s, with a highest score of 130*. To add to this, Hamilton has taken over 180 catches and 12 stumpings and is, unquestionably, one of the most respected wicketkeepers in the West Indies region.

FeroX looks forward to Hamilton charging back into the Windies senior men’s lineup in the near future.

One of the most sensational new talents to burst onto the radar in recent times, Harding made his case for inclusion in the Test team following impressive performances with the ball during the recently concluded West Indies regional tournaments. In just 17 first class matches he has claimed 54 wickets, including a 10-wicket haul in one match. We look forward to seeing him swing the FeroX bat once he breaks his way into the West Indies playing XI. The future is bright for one of the region’s most exciting young talents!

The players have expressed their delight at being signed by the dashing, ICC-endorsed cricket brand based out of Melbourne, Australia, who also sponsor West Indies women’s team stars, Shakera Selman and Chedean Nation.

“The boys are thrilled to partner with FeroX Cricket. They are impressed by the quality of the gear, the professionalism of the company and the brand’s ethos, and are very much looking forward to a long and fruitful partnership with FeroX” the players’ Manager and Agent, Emma Everett, stated.

We thank all three players for backing and trusting FeroX Cricket on the big stage and wish them immense success in their journey with Ferox!

For more information log on here or at https://www.feroxcricket.com/