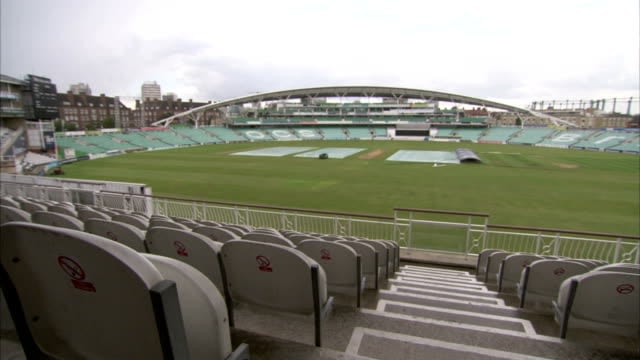 A T-20 World Cup without fans is quite possible in this current climate.  As the Covid 19 looks like it will not let up anytime soon and the host nation Australia not looking ease restrictions, as it hardens its stance to flatten the curve. The Australian Prime Minster Scott Morrison said “These restrictions will be in place for 6 months”. Moreover, this could see the Men’s T-20 World Cup play without fans. Many greats of the game have called that the tournament, should be postponed. This also has other factors, involving the IPL which might want to use this window to play the tournament during this time, but it is unlikely.

One in particular is the Former Australian Captain, Allan Border who said, “I just can’t imagine playing at empty stadiums, it defies belief,”. Moreover, he is concerned with other players from countries coming into Australia that could cause major issues. “Having teams, support staff and everyone else associated with the game wandering around the country, playing games of cricket, but you can’t let people into the grounds. I just can’t see it happening,” Border said.

“It’s going to be hard for us to justify having a World Cup when we can’t get people into the grounds. So, I can’t see it happening in the near future,” said Maxwell.

In addition to this, the T-20 world cup with no fans, could be possible but at what cost for players? What about those who are close to retirement such as likes of AB de Villers? He would miss out getting the appreciation from the fans.  In addition, a postponement of the tournament will cause more uncertainty for AB De Villers let alone the tournament directors. If the tournament is postponed when can it play? The next T-20 World Cup is scheduled for India next year. Will that have be pushed back for this year’s World Cup, also when can it be played? These are questions that the ICC and Cricket Australia will need to answer soon. Other sporting codes need to have an idea who are hungrier than ever to play in any available time slot as well.

But let’s get back to the topic. Without fans just imagine a similar World Cup Final to the one we had last year. Without fans it just be plain weird but having them at matches would go against what the authorities are saying to us. Sport stars are not immune to this virus and this includes cricketers.

This tournament is a jewel for the ICC as the TV rights are worth 2 billion US dollars and generates dollars for Australia as a host nation. It will help the tourism industry but with this pandemic Australia and the ICC will not the reap the rewards if there are no fans in attendance. Border also said if the tournament went ahead without fans the only would benefit would be TV and that is not right. The Men’s T-20 World Cup was schedule to start 18 October to the 15 November only time will tell if the ICC can pull this off and what feat that would be!