The Best bowling combination for Australia and West Indies 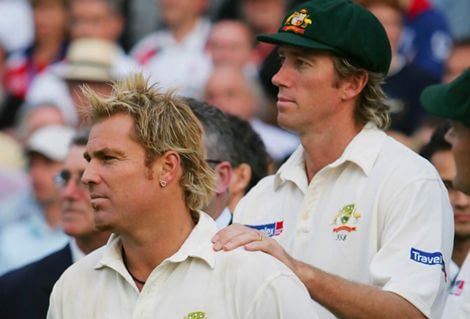 The Spin King and Pigeon were the two most dangerous bowlers in world cricket. Over thousand combined wickets to their name, proving they were most lethal combination in test cricket. An example of this is the 2005 Ashes series, which saw Warne and McGrath nearly single handedly win the fifth test. With both almost pulling the impossible, only for dropped catches preventing an exciting finish on late day five. In addition to this one time where both showed why they are best bowling combination is in 2002 in South Africa. South Africa were 1/89 then Warne and McGrath skittled South Africa for 133 taking last 9 wickets to win the match between them. This is quite remarkable and shows how good these two combined. What makes this amazing combination is it McGrath’s accuracy and Warne aggressive tactics help in winning test matches in Australia and abroad. Warne has been quoted on several occasions that he was able to take many of his career wickets, due to McGrath bowling at the other end.

Arguably, the Garner-Holding partnership helped in make the Windes the powerhouse they were during the successful 70’s/80’s period. Both fast bowlers but with different variations, helped in creating a combination that is known as “pace like fire”. This is due to how fast Holding was and to the height of Garner. They were both bowlers would instill fear in batsman. Both bowlers have over 500 wickets between them.  Both were key in winning the world cup in 1979 which saw Michael Holding and Joel Garner trigger the greatest collapse in world cricket with England losing 8 for 11 as the Windies went on to win the World Cup. In addition to this both Holding and Garner helped in winning the Wisden trophy against England and the Frank Worrel trophy multiple times. O