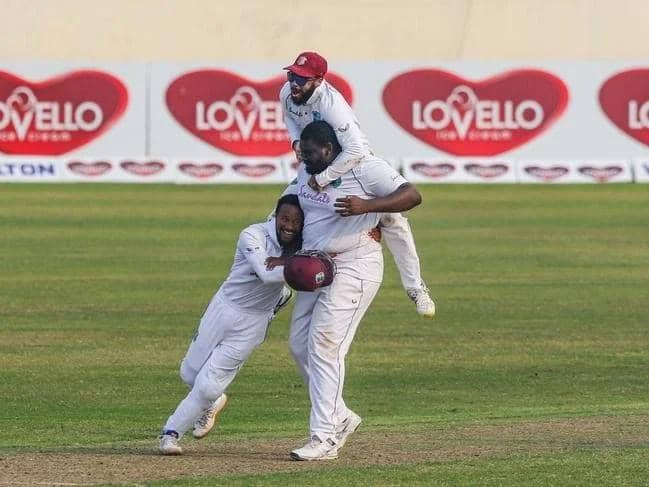 The Windies are bringing back their form after an impressive win over Bangladesh  and winning a thrilling second test. The Windies are looking much better in the sub continent which is great. The likes of Kyle Mayers and Nkrumah Bonner  who were given a go and has paid off. Hopefully these players can hold their spot for the next series as they looking the goods. Furthermore, the bowling stocks are looking good with Jomel Warrican, Rakheem Cornwall, and Shannon Gabriel all improving greatly in this series which is important for the development as a Windies bowling attack.

Furthermore, with the likes of Alzarri Joseph and Keon Harding who are poking through the squad it is great as well, as there has been much critics on the Windies development. Finally giving these types of players a run will develop the players that can remain competitive when playing the likes of England, Australia and India.

What is a more of a positive is that captain Jason Holder is not the only one carrying the side and with his absence from the game, is has helped these new players as they are stepping up as seen in the first test.  Kyle Mayers making a double century on debut and Nkrumah Bonner with 80 and in the second test with a 90 is great for the Windies. As the more batting depth added to the side will be vital once Holder returns to the squad for the next series. What is quite amazing Alzarri Joseph has exceeded expectations as a number eight batsman with 82 in the first innings of the second test.

With a series win for the Windies which looked unlikely with Bangladesh bringing back the number one all rounder in Shakib Al Hasan and teenage spinner sensation Nayeem Hasan but have look dominant on the turning pitches. In the second test, the Windies looked the goods with Nkrumah Bonner, Joshua Da Silva and the surprising number 8 batsman Alzarri Joseph helping the Windies post a huge total of 409, and had Bangladesh 4/105 with Tamin Iqbal falling short of another half century with 44. As Shannon Gabriel and Alzarri Joseph have been the main destroyers with the big Rakheem Cornwall. With the Windies able to pull off a remarkable victory winning the test by 17 runs, a return to the confident cricket the Windies are renown for is great for cricket.