Woman’s Cricket is back England with a West Windies Tour 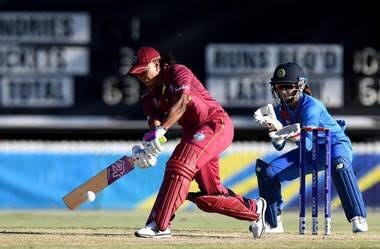 A first for woman’s cricket since the amazing T20 World Cup in Australia, this will be first series in the Covid 19 era. It will be a five match T20 series starting on the 21nd September with all matches at Derby to keep players in a bubble like the recent Men’s tour.  The Windies will be wanting revenge from what happened in the T20 World Cup where the English knocked over the Windies for 97 and the star of that game was Sophie Ecclestone with 3 for 7. So Windies will want to turn the tables on the World Cup performance against England. This series is important for all cricket watchers as it will continue to give us an idea of what International Cricket will look like in the future under the current climate.

Nation will be a key to the Windies being successful as she has been key to West Indies success in the T20 format and has explosive batting ability which will be pitvoal for the Windies in the power play and if the Windies want to be the series. If Nation can get in and keep the run rate ticking, the Windies will be in for an excellent series.

The English squad is TBA

Sciver is a quality cricketer, who  starred in the World Cup with a hat trick as the first English woman to do that. Moreover, Sciver is excellent with the bat in had as well with 900 career runsruns. She will be key to England winning the series, with her excellent all-rounder abilities. Hopefully has an excellent series.

Fixture and where can I watch it?

It will be an interesting series and I think it will be a tie series, moreover the weather will be a huge part in it as well so could see a tie series due to weather and both teams are fickle in winning back to back matches. But you never know in T20 Cricket, we might get a Windies win.