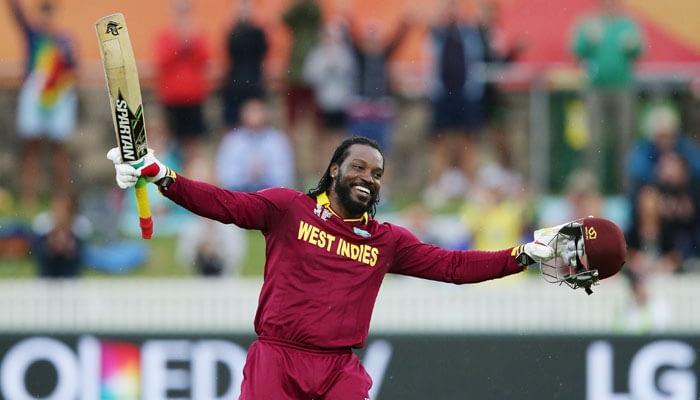 West Indian, Chris Gayle just has to be best T20 player. Gayle is most explosive player and especially in t20 cricket. His aggressive style make’s him the perfect player in a power play, as gives teams a plan to launch and chase down just about any total. His statistics in T20 cricket makes him the ‘Bradman’ of T20 cricket.

At a T20 international level Gayle has an average of 32.54 with 2 hundreds and 13 fifties to his name, which is quite impressive. He is also the only player in cricket history to have triple hundred in test cricket, double century in one day cricket and a hundred in T20 cricket.  Also has scored the most runs in a T20 World Cup which shows he can perform on the big stage.

Gayle holds one of highest strike rate’s in T20 cricket and his record in franchise T20 cricket has to been applauded with his batting average in all teams near to 40 or above 40. Chris Gayle’s highest score in T20 cricket is 175 from 66 balls in the IPL and he also has the record for fastest hundred in all form’s of cricket scoring a ton off just 30 balls. Just amazing.

Including his explosive innings as a batsman, also his bowling something to be credited with. Bowling well in power plays to limit opposition teams scoring. His economy rate is quite good at 7.07 for an off spinner. Moreover, he is an excellent fielder in the slips as an added bonus.

Gayle’s highlight of his T20 career representing his boyhood nation is his 40 off 20 balls against England in 2017. He hit his 100 six in T20 which was a first in T20 cricket. In the 2012 World Cup Semi-Final against Australia, Gayle scored 75 off 41 balls. Gayle has also has multiple World Cup medals to his name as well with the West Indies winning T20 World Cups in 2016 and 2012.

Gayle is one player who is suited for T20 cricket as he is someone who has big shoulders to hit the big ball. Considering not using his feet as regular batsman do, the power in his arms help him play the big shots. He also has great balance, keeping his head which helps Gayle use his brute strength hit the big sixes. Even though some think he is a lazy cricketer, I think he is the best in T20 cricketer the world has seen.